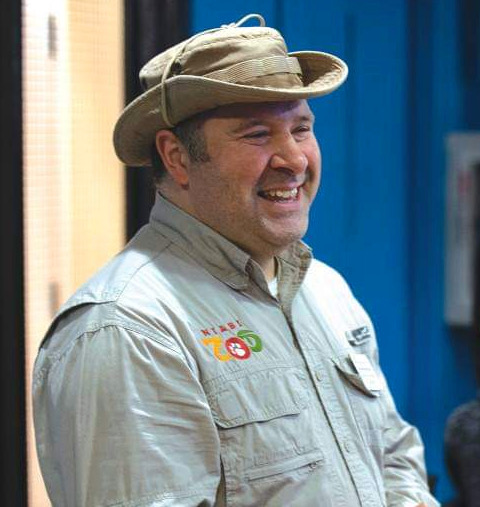 September’s speaker will be Joel Vanderbush from Niabi Zoo. Joel has been a Zoologist since 1995. He earned his BS in Zoology from Michigan State University and MA in Teaching and Education from the University of Indianapolis. Beginning his career as a zookeeper at the Tracy Aviary in Salt Lake City, UT and the Potter Park Zoo in Lansing, MI, he then served as a Programs Manager for the Indianapolis Zoo in Indianapolis, IN. In 2007, he founded Animalia, Inc., a non-profit public charity at which he served as its Executive Director and Zoologist for 10 years. In 2017, Joel became the Curator of Conservation & Education at the Niabi Zoo.

Joel will present “Whale Sharks, Algae, & You: The Impact of River Pollution on Oceans.” Runoff from fertilizing lawns and fields, a lack of floodplains, and waste management all contribute to dead zones which affect ocean life. Learn how local pollution can have an impact on a global scale, affecting all life, great and small.