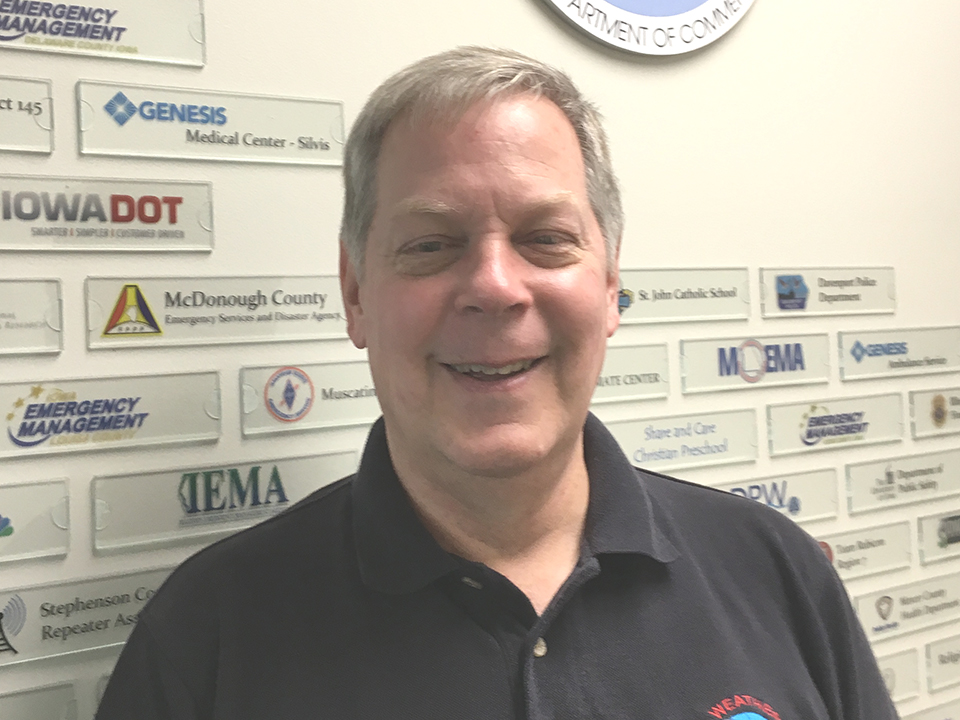 RSVP Required for lunch! $5 Donation requested. An RSVP for the meeting is optional, but appreciated. RSVP to Cassie at cdruhl@eicc.edu

Ray Wolf is the Science and Operations Officer for NOAA National Weather Service (NWS) in Davenport, Iowa. He is responsible for managing operations, staff training, and local research. Prior to arriving in Davenport in 1994, Ray was a forecaster at the NWS office in Denver, CO where he evaluated new forecast and warning science and technologies that formed the basis of the NWS Modernization. He also served as an agricultural forecaster in the Midsouth, supporting farmers and producers in the region with weather and climate information. Ray received an M.S. in Agricultural Climatology in 1985 and a B.S. in Meteorology in 1982 from Iowa State University.

Past and Future Trends in Precipitation in Eastern Iowa

Historical records will be used to show past precipitation trends and put future expectations due to a changing climate in perspective. This will be discussed within the context of impacts and implications for water management.