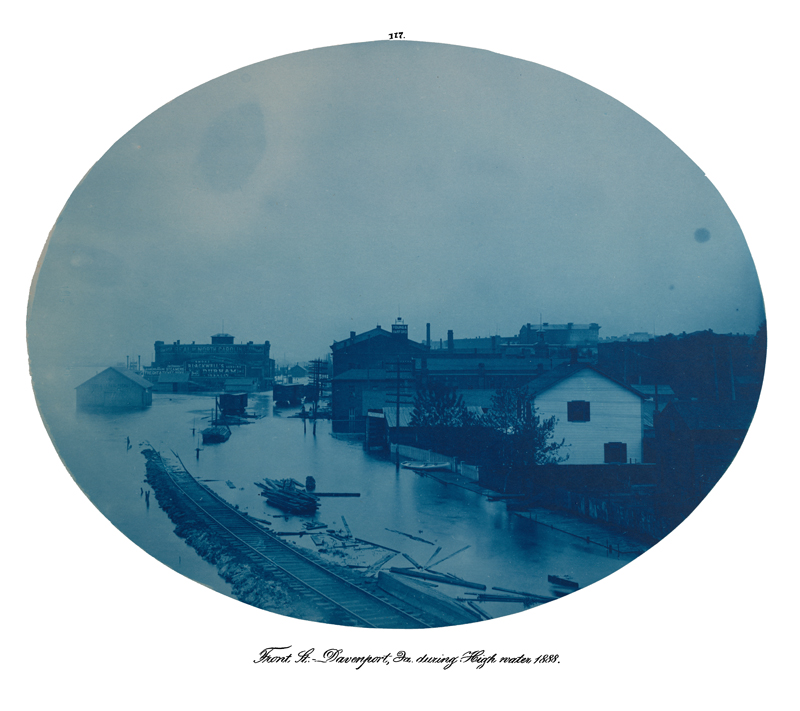 Bob Bryant is a retired Director/naturalist of the Wapsi River Environmental Education Center and former Director of the Clinton County Conservation Board.

When, How and Why The Mississippi River Was Transformed Into A Commercial Highway

Bob’s presentation will take you on a photographic tour of the Upper Mississippi River through the camera lens of Henry Bosse.

In 1874, Bosse was hired by the Army Corps of Engineers as a cartographer to make maps, navigational charts, and plans for levees and channel improvements. In 1882, under the supervision of Rock Island District Engineer Maj. Alexander Mackenzie, Bosse began the ten-year task of surveying and mapping the Upper Mississippi River from the St. Anthony Falls in Minneapolis to the confluence of the Illinois River and the Mississippi upstream from St. Louis, MO. Photography was not a part of his assignment, but Bosse took his camera and a supply of glass plates with him.

He took some 300 images of the river, shorelines, bridges, boats, towns, snag removals, installing wing-dams, closing dams and canals. Bosse’s river photos are thought to be the first photographic map of a major river. Bosse printed his photos as blue cyanotypes, using a simple, low cost process to produce cyan blueprints. He bound a good number of his cyanotypes in leather albums to be given to some friends and fellow employees. John Afinson, U.S. Park Service Historian said: “The photos are not static images. They’re an essay of transformation of the Upper Mississippi Valley at the end of the 19th century.”

Lunch is available but we ask for a $5 donation if you choose to eat. An RSVP via email is required for lunch. An RSVP for the meeting is optional, but appreciated.

Please RSVP and address questions to Jan McClurg at  jan.mcclurg@ia.nacdnet.net.